Get a copy of 4 Simple Ways to Protect Your Home 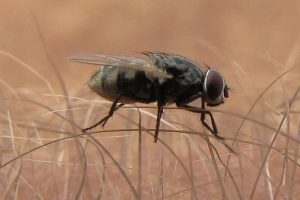 The bush fly is possibly the most widely known & annoying flying pest in the outdoors during Australian summers & is attributable to much of the use of personal insect repellant products during this time. The appearance of this fly is similar to the house fly, except it is smaller & the life cycle is also similar & usually takes about 2 – 5 weeks to complete. The adults seek large animals, including humans, & remain on & around them for hours at a time, being attracted to sweat, tears, saliva & in the case of grazing animals, faeces. They are known to play an active role in the transmission of certain eye infections to humans & livestock & may also serve in the transmission of enteric diseases of humans.

Get a Free Quote